There is no authentic portrait of Frontenac. Some years ago an engraving purporting to represent him on his deathbed was circulated in Quebec; but in 1891 it was proved to be really the portrait of a Swiss theologian, Heidegger, engraved in 1778 for Lavater's book on physiognomy. Hebert's admirable statue of Frontenac in Quebec, is a spirited imaginative conception which vividly expresses the character of the fiery governor. One small detail is incorrect, Frontenac is shown wearing the sash and order of St. Louis. This was not conferred upon him until 1696, six years after his defiance of Sir William Phips, which the statue depicts, and which took place three years before the order was founded.

Jean Talon (1625-1694) was the greatest Intendant of New France. Under his administration of a little more than five years, 1665-1668 and 1669-1672, commerce and industry were stimulated, the population increased, and colonization was organized and extended. See Jean Talon, Intendant de la Nouvelle France, by Thomas Chapais, Quebec, 1904.

Alexandre de Prouville, Marquis de Tracy (1603-1670) was an able military officer. Appointed Lieutenant-General of the French possessions in America, he arrived at Quebec in the summer of 1665. He spent eighteen months in Canada. His principal undertaking was an expedition which he led into the Iroquois country in 1666 which inflicted great damage to their villages.

In the latter half of the seventeenth century it became the fashion for men to wear wigs. At the same time the moustache and the beard disappeared, and for the next hundred years or more, in civilized society, the face was clean-shaven. No doubt, however, sailors, explorers and soldiers in the wilderness allowed their beards to grow, as did missionary priests, to whom special permission was granted. Almost without exception, the portraits of the eighteenth century until towards its last years, show clean-shaven faces.

There were many styles of wigs-some introduced by the caprice of fashion, some adopted by the professions, the law, the church, the army. Only a few broad differences can here be indicated. The full-bottomed wig, extending down the back and breast and over the shoulders in a mass of curls, gradually grew smaller, until about 1725 the wig fell no lower on the sides than the ears, and was gathered into a tail at the back. All later variations were confined to various styles of curling, frizzing, braiding, etc., within this area.

Mistakes are sometimes made in imaginative pictures or in dramatic representations by dressing a character in a costume copied from an authentic likeness of the person, but painted at time either later or earlier than that of the play or picture to be produced. 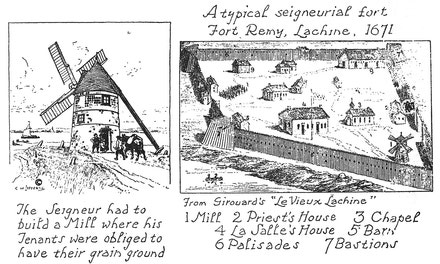 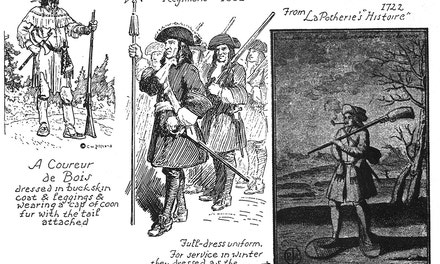