The Chateau de Ramesay is situated on Notre Dame Street East, opposite the City Hall. It was built by Claude de Ramesay for his residence as Governor of Montreal, in 1705. He was descended from a noble family of old France, possibly related to the Ramsays of Scotland, as seems indicated by his coat of arms which bears the figure of a ram. After his death his family sold the Chateau to the Company of the Indies, which controlled the fur trade and the wholesale commerce of the country. The building which had been the centre of social and administrative life became an office and warehouse.

After the British conquest it passed into private ownership until 1773, when it was leased to the Government, and became the Montreal residence of Governor Sir Guy Carleton until the invasion of the American revolutionists in 1775.

During their possession of Montreal the Chateau was the headquarters of the American army. Here were held the councils-of-war and receptions of Generals Montgomery, Arnold and Wooster, and the conferences of the commissioners, Benjamin Franklin, Chase and Carroll, who had been sent by Congress to try to win over the French-Canadians to the Revolutionary cause. Franklin brought with him a printer, Mesplet, a Frenchman, to print their proclamations, and it is said that the first printing press in Montreal was set up by him in the vaulted basement of the Chateau.

In 1778, after the British had recovered Montreal, the Chateau was bought by Governor Haldimand, the successor of Carleton, and served for seventy years as the headquarters of civil and military administration. In 1895 it was bought uy the city to be converted into a historical museum, and was leased to the Antiquarian and Numismatic Society of Montreal for this purpose.

The Chateau is one of the few buildings surviving from the French regime in Montreal. It gives a good idea of the solid building construction of the period. Its basement with walls three and a half feet thick, its vaulted ceilings and huge fireplaces and ovens, and its other rooms are as interesting as their contents, which include old furniture, vehicles, implements, historical portraits, views and documents, French-Canadian handicrafts and Indian relics. 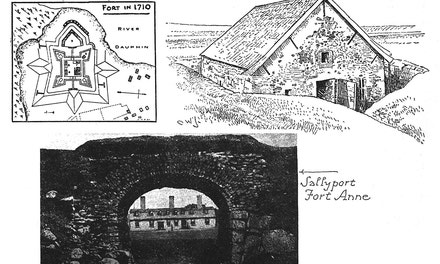 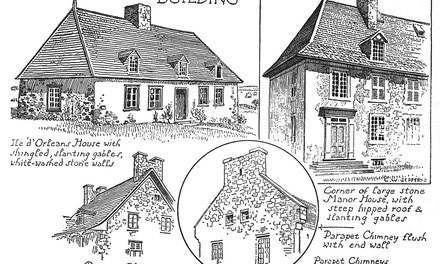 Types of Chimney and Roof Building