The missionary has played a conspicuous part in the history of Canada. Under the French regime Jesuits, Recollets and Sulpicians were explorers, companions of the voyageur and the fur trader, ambassadors of the state as well as the church to the Indian tribes. With British rule, the Protestant churches entered the field. The Mohawks, the Mississaugas, and the Ojibways were served by settled ministers or by itinerant missionaries. The gospel messengers passed into the great northwest, and before Confederation all the churches were at work among the Indians of the plains and the wooded fur country to the north.

The services of these missionaries were by no means exclusively clerical. They acted as physicians, as advisers, as teachers of manual arts and agriculture. They strove to train the Indian to meet the coming white civilization which would sweep away their age-long nomadic life, to fit them in some degree to find a place in the new order of things, and to soften, as much as possible, the tragedy of their racial dispossession.

Among those who have devoted themselves to missionary work among the Indians of Canada no one holds a higher place than James Evans, "the man who taught birch bark how to talk." Born in England, he came out to Upper Canada when a young man, and engaged in school teaching. In 1830 he entered the Methodist ministry and was appointed missionary to the Ojibway Indians of Rice Lake. With William Case, Thomas Hurlburt, and Peter Jones, he worked on the translation of the scriptures into Ojibway. In 1840 he was appointed missionary Superintendent of the Methodist Church in the north-west. He fixed his headquarters at Rossville, near the northern end of Lake Winnipeg, among the Cree Indians. Their language is closely related to that of the Ojibways, and Evans soon mastered it and set himself to the task of translating the Bible, as he had done in Ontario.

In 1841 he invented the Cree Syllabic, an extremely simple system of less than fifty characters, by means of which the language may be written and printed.

He first wrote his Bible verses and hymns on sheets of birch bark, with ink made from chimney soot, and taught his Indians to read and to write in the characters he had invented. He cut type moulds out of wood blocks with a jack-knife, collected the lead lining from old tea chests, melted it and poured it into the wooden moulds. Other type he cut out with his knife from musket bullets. With an old fur press as a printing machine, ink made from soot, and birch bark for paper, he printed his first books, and set up the first press and publishing office in the north-west. Later a small press was sent out from England, and the Indian converts learned to set type and to print. His system was put into use throughout the missions, and adapted to the language of every tribe of the north-west. Evans died while on a visit to England in 1846.

The picture shows Evans on a missionary journey, teaching the Indians to read by means of his system. On a white birch tree he has written his alphabet with a charred stick. At one side stands his guide and interpreter. The missionary wears a black double-breasted cut-away coat and vest, a white neckcloth, dark brown corduroy breeches, flannel or duffle socks to the knees, and moccasins. Some of the Indian men are dressed in fringed buckskin frocks and leggings, others wear coats and trousers of heavy coarse cloth of European manufacture. One has a blanket coat or capote, and several have gaily-coloured sashes and neckerchiefs. A couple of them wear flat caps of black or dark blue cloth, like old-fashioned smoking caps, ornamented on the sides with bead work. The women wear shawls with gaudy patterns, and wide, deep skirts of dark blue cloth or flannel. 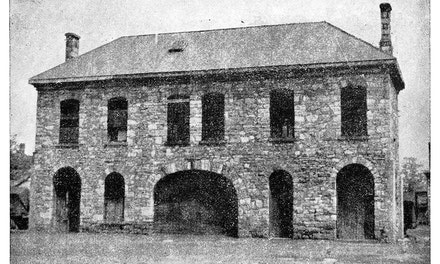 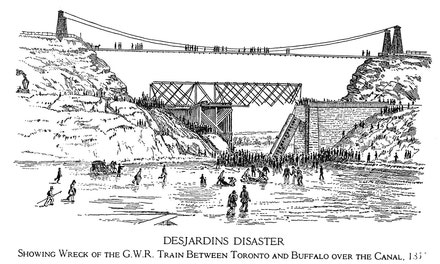