By the time covered in this volume the Indians, especially in the settled parts of Canada, had long been in contact with the whites. Their way of life in consequence had been considerably modified by European influences. Their primitive tools of bone, wood and stone had been displaced by steel knives and tomahawks, guns, needles and thread, etc.; fur robes and deer skins were supplemented by cloth and blankets; porcupine quills and moose hair embroidery were largely discarded for beads and silver ornaments and trade wampum of white manufacture.

Not only the native materials and technique were affected by European influence: their aboriginal designs, mostly geometrical, also included imitations of the patterns of flowered textile fabrics brought by traders. French nuns taught Indian girls sewing and embroidery in which floral motives were copied.

Undoubtedly these changes began at a very early period of white contact. It is unwise to be dogmatic concerning this, since detailed information is vague and scanty, and the dates of many specimens of Indian work in museums are uncertain. How much of this Indian handcraft is indigenous and aboriginal in design, and how much is modified by European influences is debatable, and there is much divergence of opinion among ethnologists on this question. Only when the materials used are of European manufacture, as beads, thread, and so forth, can we be certain that articles date from the coming of white people.

It is possible that the Indians used formalized floral designs supplied by native plants: the Algonkian double-curve motive may well have been suggested by waves and wind ripples. Native ingenuity fashioned many necessary articles, and, as the student of the development of arts and crafts knows, peoples widely separated and never in contact evolve designs and shape objects that are remarkably similar in appearance. It has been asserted that the making of birch-bark containers was taught by the French to the Indians. But it seems not unreasonable to suppose that the aboriginal mind that could conceive and fashion the canoe, a masterpiece of Indian handcraft, was capable of manufacturing a vessel which would keep water in, no less than one which would keep water out.

Since, however, the purpose of these volumes is to depict and describe the life of the country within historic times, the question of pre-European Indian culture is beyond their scope, and need not be further considered. It will suffice perhaps to say that in the more remote portions of the country, where only an occasional explorer, or a few traders had penetrated, Indian life retained more of its primitive and indigenous features than in those districts where white settlement was well established.

The European new-comers, in turn, were influenced by their contact with the Indians, and soon realized the suitability of many of their inventions to the conditions of the wilderness and early settlement. They adopted the snowshoe, the canoe, the toboggan, and various articles of costume, some of which are still in use on the frontiers of civilization today.

For our knowledge of primitive Indian life we must depend largely upon the descriptions and the drawings of early eye-witnesses, in books of travel and exploration. Indeed, these may be said to be our only sources of information concerning the earliest periods of white and Indian contact, accurate, or incorrect, or provokingly vague in detail as they may be. On the whole these observers strike one as being trustworthy. Many of them, such as the early missionary priests, were highly intelligent, well-educated men, versed in the science of their time. They interpreted the facts they observed in accordance with their prejudices, and with the limitations of the knowledge available at their time; but the facts themselves, for the most part, bear the stamp of authenticity. The bibliography includes the most important works dealing with the subject; but much incidental material may be found in many books concerning the general life of the time. Indeed, scarcely a book on Canada published during this period is without some reference to Indian conditions. Quotations from some of these works are given in the notes.

This picture is copied from a lithograph by H. Linch, after a painting by H. D. Thielcke. It shows the official or gala costume worn by Canadian Indian chiefs about 1796. Tall "plug" hats, decorated with ostrich feathers, braided frock coats with brass or silver buttons, medals and gorgets were given by the British Government, as insignia of their office, to the chiefs, especially among the eastern tribes, throughout the greater part of the nineteenth century. The arm bands were articles of trade silver, manufactured mainly in Montreal. Moccasins were about the only articles of their clothing of native design and manufacture. 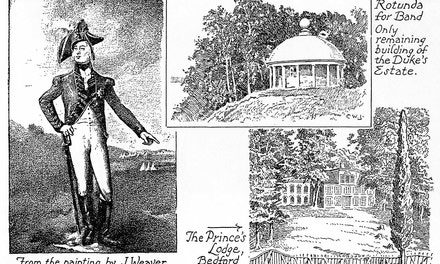 From the painting by J.Weaver, in Province House, Halifax 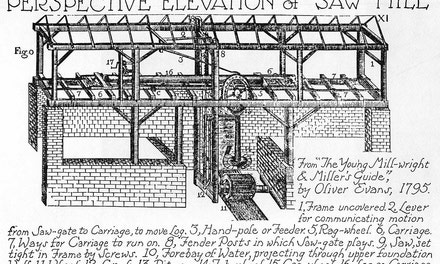