C.W. Jefferys' notes about this picture from The Picture Gallery of Canadian History Vol. 1

It was the custom in old France as well as in Canada, on the first of May, to plant a tree before the house of the Seigneur, or of the local captain of militia. The tree, generally a spruce, was stripped of its branches except a few at the top, where a circle of wood was fastened, from which hung garlands and streamers. Early in the morning, the habitants brought the "Mai," as the tree was called, accompanied by a drummer and a trumpeter, if there was either in the community. The butt of the tree was placed in a hole and the trunk raised by pushing it up with long spiked poles, in the same way as a modern telegraph pole is raised. When the tree was planted firmly, those among the inhabitants who had brought their  guns, fired several charges of powder at the tree until it was well blackened, to the accompaniment of the drum and trumpet and the loud cheers of those assembled. The seigneur or captain then invited the company to partake of a breakfast, which taxed the accommodation of the house to the uttermost, and generally lasted throughout the morning. The health of the host was drunk and the old chansons of France were sung. The custom continued for many years after the British conquest.

A graphic description of the ceremony may be read in Chapter 8 of De Gaspe's romance, The Canadians of Old. 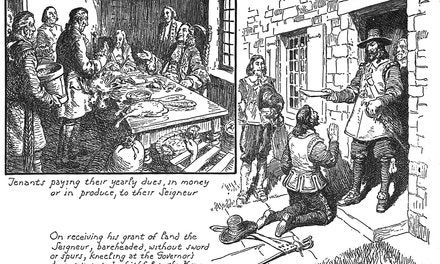 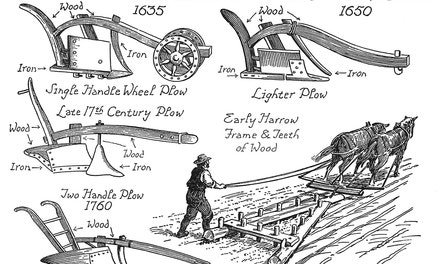