Part of a Palisaded Huron-Iroquois Village

Sagard's residence of several months in Huronia enabled him to give a more detailed description. He says that in entering the gate of the palisaded village "one is forced to pass turning sideways and not striding straight in." 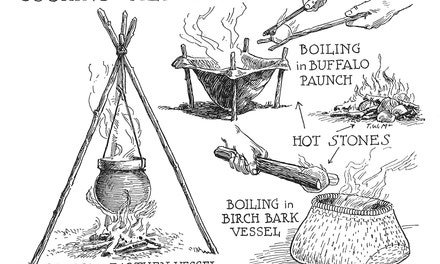 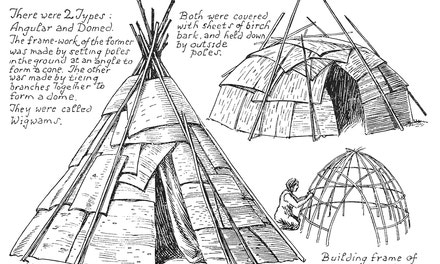 There were two types: Angular and domed. The framework of the former was made by settings poles in the ground at an angle to form a cone. The other was made by tying branches together to form a dome. They were called wigwams.