Michael Wallace was administrator at various times from 1818 to 1830.

The portraits of the judges are in the Court House at Halifax. 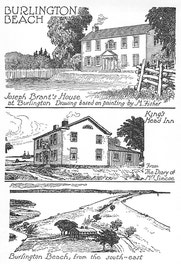 Joseph Brant's House at Burlington. Drawing based on painting by M. Fisher, King's Head Inn. From The Diary of Mrs. Simcoe. Burlington Beach, from the south-east. 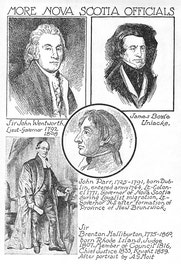