The history of a country includes the history of its literature, its arts and its sciences. This collection therefore includes some pictorial records of Canada's development in these directions. Michel Sarrazin has been called the founder of Canadian science. He was born in 1659, in Burgundy, of a family long connected with the law. His own inclinations led him to the study of the physical sciences and the practice of surgery. He came to Canada in 1685, and was appointed surgeon-major to the troops. In 1694 he returned to France, gained the degree of Doctor of Medicine, and returned to Canada in 1697.

While in France he frequented the society of scientists, among them the great botanist, Tournefort, then also studying medicine. Tournefort nominated him as corresponding member of the Royal Academy of Sciences. Sarrazin sent to him and to Reaumur, the celebrated physicist, zoological and botanical specimens, among them two hundred plants for the Royal Gardens, as well as memoirs and descriptions of many Canadian animals and plants. He dissected and made microscopical examinations of the porcupine, the beaver, the muskrat and the seal, the blueberry, the sugar-maple, and the pitcher-plant. This latter species received its scientific name, Sarracenia, in honour of his researches.

In attendance upon the sick at the Hotel Dieu he contracted ship's fever, from which he died in 1735.

His most eminent successor was Jean Francois Gaultier, born in Normandy, who came to Canada in 1742 as a King's Doctor, and like Sarrazin died while attending the sick soldiers brought in the fleet in 1756. He also carried on scientific researches in meteorology, in the effect of climate on health, and in botany. He communicated papers on these subjects to the Academy, and his name also is commemorated in that of a native plant, the wintergreen, known scientifically as Gaultheria. 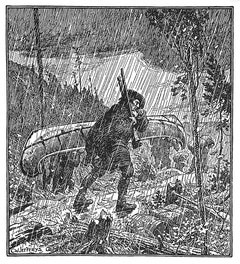 From the earliest times, voyageurs, both Indians and whites, on their way up and down the Great Lakes, followed the route between Lake Ontario at the mouth of the Humber and the Holland River and Lake Simcoe... 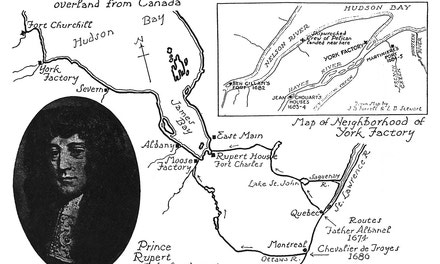