Meeting of Brock and Tecumseh, 1812

Inscribed on bottom "Meeting of Brock and Tecumseh at Amherstburg, 1812 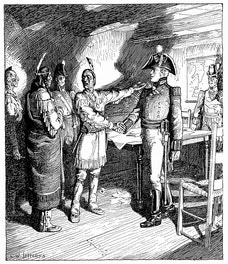 The native tribes of this western country had for years opposed the invasion of their hunting grounds by the United States. Their principal leader was Tecumseh, a chief of the Shawnees, who, with his brother... 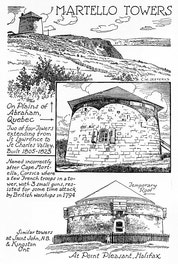 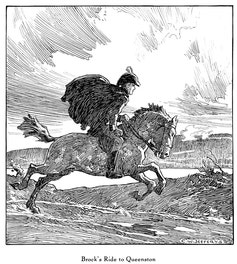 The first attempt at invasion by the Americans had failed at Detroit. Along the Niagara River gathered another American army. The summer passed into fall without an attack; but every week brought more troops and greater preparations by the enemy.