Also titled: La Salle on His Way to the Mississippi Via The Toronto Portage.

From the earliest times, voyageurs, both Indians and whites, on their way up and down the Great Lakes, followed the route between Lake Ontario at the mouth of the Humber and the Holland River and Lake Simcoe. Though it entailed an overland march of about thirty miles, much of it through rough, hilly country, it avoided the roundabout journey by way of Niagara, Lake Erie, the Detroit and St. Clair, and Lake Huron.

La Salle passed over it three, or possibly four times. In August, 1681, he spent about three weeks in getting his canoes and baggage over the carrying place, on his way to the Mississippi. Eight months later, in April, 1682, he reached the mouth of the great river, the first white man to trace it to its outlet into the Gulf of Mexico.

The canoes he used were twenty feet long and three feet wide, capable of carrying twelve hundredweight of merchandise. It was probably the arduous labour involved in transporting these heavy loads over the rugged hills of the height of land that made La Salle call them mountains, although at most they are only about eleven hundred feet above sea-level.

The name Toronto was originally applied to Lake Simcoe and the region between it and the southern shore of Georgian Bay. The word does not appear on maps before 1673, and was first mentioned by La Salle.

The history of the Toronto Carrying Place is told with complete and picturesque detail in Toronto During the French Regime, by Dr. Percy]. Robinson, The Ryerson Press, Toronto. 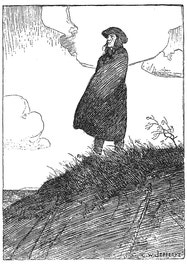 La Salle Watching for the "Griffon" 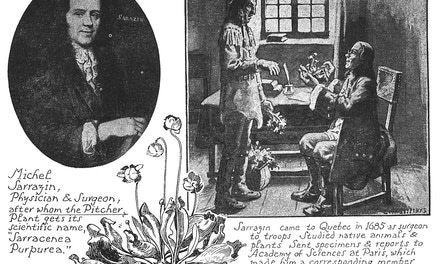