Under the French regime in Canada money was counted in livres, sols and deniers. Until 1717, the livre, equivalent to the franc, was worth 15 sols in Canada and 20 sols in France, while the sol consisted of 12 deniers. Old French accounts often use the signs L, s and d, these, of course, refer to the livres, sols and deniers, and it is only a coincidence that they should be the same as those which indicate the English pounds, shillings and pence.

There was always a scarcity of coinage in New France. The Intendants, who had charge of the finances of the colony, in order to provide a medium of currency, issued card or paper money at various times until the conquest. The first issues were put into circulation in 1685 by the Intendant, Meulles, and since there was neither press nor paper mill in Canada he used playing cards, writing the denomination and his signature on their plain backs and stamping them with his seal. This was the first paper money issued in America. Card money was suppressed in 1717, but twelve years later the need for currency compelled the authorities to resume its use; henceforth it was made from plain cardboard, and bore the royal arms. In the last years of the French regime, Bigot, the corrupt Intendant, adopted the form of ordonnances, orders on the Quebec Treasury, which were printed in France in blank form on ordinary writing paper, and filled in by him in Canada. He flooded the country with over eighty million livres of this paper money.

The denominations of card money ranged from 7 sols to 100 livres. Of several issues no specimens have survived; but of others a number are to be found in various public and private collections.

Interest in the natural sciences was stimulated greatly in Canada by the Count de Ia Galisonniere, during his short term of office as Governor, 1747-1749. He was himself an associate member of the Academy, and he sent instructions to the commanding officers of posts throughout the west and north, urging them to collect and transport specimens of the natural products of the country. While he was Governor, the celebrated Swedish botanist, Peter Kalm, visited Canada in the course of his travels in North America, and was cordially welcomed by Galisonniere. Kalm speaks with admiration of the scientific knowledge of the Governor, and remarks on the keen interest in literature and natural history shown by the leading people of the colony.

Jacques Pierre de Taffanel, Marquis de la Jonquiere, served in both the French army and navy, attaining the rank of Admiral. Appointed Governor of Canada, the fleet in which he sailed in 1747 was defeated and Jonquiere was captured and held prisoner in England for two years. Galisonniere was sent to Canada as Administrator during his imprisonment. On his release, Jonquiere proceeded to Canada and took up his government, which he held until his death at Quebec in 1752. 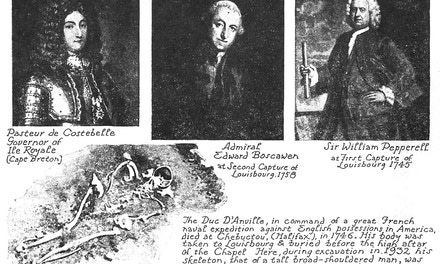 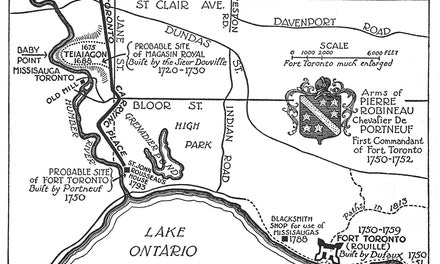