In March, 1803, the ship Boston, of Boston, Massachusetts, arrived in Nootka Sound, on the west coast of Vancouver Island, to trade with the Indians. A dispute arose between the captain and Maquina, the Nootka chief. The Indians captured the ship and massacred all the crew, with the exception of John Jewitt, the blacksmith, and Thompson, the sail maker. Their lives were spared, Jewitt's because he was the armourer and able to forge and repair weapons and tools, and Thompson's whom Jewitt pretended was his father. They were held in captivity for three years, when they were rescued by the captain of another ship from Boston. Jewitt settled in New England, and some years later wrote an account of his adventures, which contains much useful and interesting information concerning Indian life on the west coast.

Among primitive races metal articles and workers in metal were always desirable acquisitions. Consequently the lives of smiths and armourers were generally spared to become slaves, and the whites who wished to gain the friendship of Indian tribes often sent gunsmiths to live among them. This practice was followed by the French in seeking the alliance of the Senecas along the Niagara, and later by the English, when many of the employees, interpreters and agents of the Indian Department were also skilled workers in metal.

The illustration shows Maquina watching his captive blacksmith at work. The Indian chief wears a dress made of gaudy European trade cloth, sewn together and decorated with brass buttons by Thompson, who, as a sail maker, was able to fashion such materials to suit the native taste. 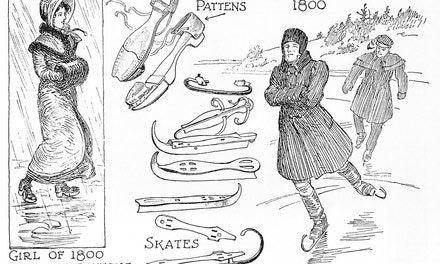 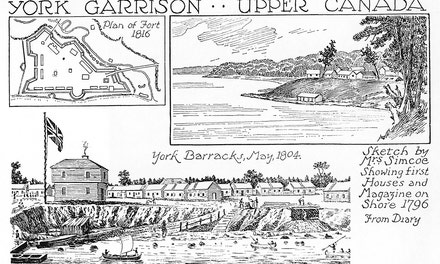 The plan of the fort is taken from a survey made by Col. Nicolls of the Royal Engineers. The fort was reconstructed in 1932-1934 in conformity with this plan of 1816.