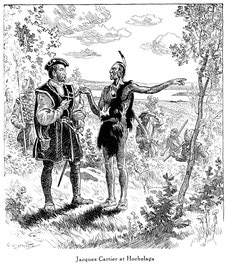 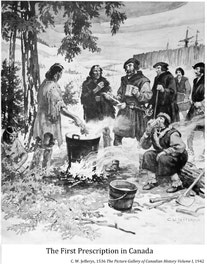 The tree was either the hemlock or spruce. Cartier at once had some of it prepared. As soon as they had drunk it they felt better and after drinking it two or three times all who were willing to use it recovered health and strength.